Kevin Coiner was born and raised on a cattle ranch in Salmon.  He is a 4th generation Lemhi County resident.  He grew up riding horses.  Horses were and still are used on a daily basis on his family’s remote ranch west of Salmon.  The ranch has limited access, so horses are used for everything: carrying fencing supplies, irrigation, fishing, hunting, general transportation, as well as working cattle.


Kevin started his first horse at the age of 12.  At 14 he started riding horses for other people.  After graduating Salmon High School he went off to college and received his associates in arts in ranch management.  The next several years he spent working on cattle ranches in Salmon, Wyoming, and Nevada.

His first full time horse training job was in 1989 when he started working for the C2 Cattle Company, which specialized in raising/training and selling cutting horses, in Oregon. He worked under Eddie Howard, starting colts, preparing them for sales, and showing a few cutting horses.

In 1993, he moved to California to work for Dave McGregor.  Dave has been training cutting horses for over fifty years.  He is the recipient of the 2011 Zane Schulte Award, Pacific Coast Cutting Horse Hall of Fame member, NCHA Hall of Fame member, and the inspiration behind the Dave McGregor Award that the PCCHA gives annually to a deserving trainer.  “I consider Dave a good friend and my mentor.  I worked for him for 9 years. Worked cutting horses of all ages, giving lessons to non-pro’s and showing in bigger classes.”

In 2002 he moved to Hailey, ID where he worked for the Cutters of Idaho as their head trainer and manager for 4 years.

Many of the horses he has trained and clients he has worked with over the years have won numerous cutting shows at the local, regional, and national levels.

In 2005, Kevin returned home to Salmon to help run his family’s ranch and train horses.  Kevin states, “I strive to make horses that are easy to ride. Making a gentle, safe horse is my primary goal.  To get this, the horse must trust the rider, and be able to take instruction from the rider.  Horses are quick learners, if you have to apply excessive pressure to get what you want, you are doing something wrong.” 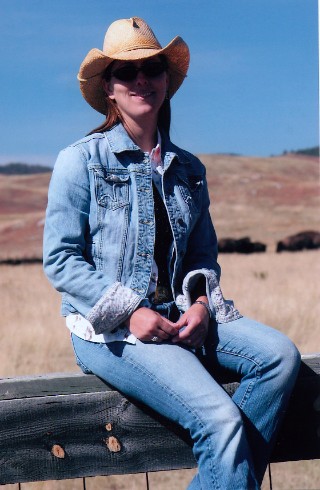 Hi! My name is Tammy Thomas-Coiner and I’d like to be your trainer, instructor, and educator about everything HORSE! I’ve learned that the right combination of human/horse interaction can lead to an amazing long-lasting relationship with these four-legged creatures. And, if you’re up for it, I’m willing to show you how those interactions can work for you, too!

But first, I’d like to tell you what inspired me to take on students alongside my equine partners….

At the age of 13, my first horse was the stallion IMA Windy Reynolds. He was a direct son out of Windchester, which at that time was one of the only syndicated AQHA horses. However, as most people quickly learn, beginners shouldn’t handle stallions, and he became my dad’s primary horse. So, my second horse was an Appaloosa named Brandy Alexander. Just in case you’re wondering, he earned the name for being a tad tipsy on his feet!

Brandy and I were inseparable and we left the trails behind for the fast-paced life of gaming. We weren’t just a team; we were partners. Through him I learned a lot of real life things about owning and caring for horses. Today, many barns put the students directly into the saddle and get down to the business of riding. At Coiner Equine Center, students will learn that hands-on care and handling are an equally important part of the learning process and vital in building a bond with your equine partner.

But at the age of 20, my equine activities launched me into a higher performance that eventually became the catalyst for many of the goals and philosophies incorporated at Coiner Equine Center. That year I joined the MNFQHR and met Jean Kohls. Jean became my instructor and eventually my MENTOR. Jean and I just clicked, and I credit her for pushing my knowledge and education to a new level!

With Jean, instruction never ended. Even when we sat in the stands Jean and I would critique riders, learning from their form and movement. Many of the things I learned from hours AND HOURS both in and out of the saddle are the same things I share with my students!

However, the most important concept she taught me was the value of centered riding. Before meeting Jean, everything I knew was strictly western doctrine. It was Windy’s first baby that brought about that change. It was obvious that the foal was built for English riding. Jean encouraged me to learn, which gave me a whole new passion for dressage! So, regardless of discipline, the one thing students at Coiner Equine Center can always expect….

Is that riding the horse effectively is a combined effort of both arms and legs whose strength is drawn from a solid core!

Talk to you soon,
Tammy Thomas-Coiner